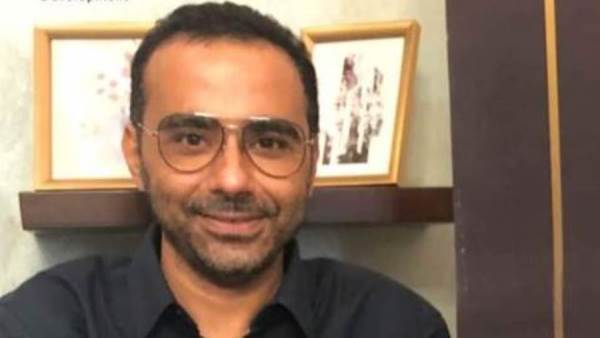 The Egyptian market is in need for innovative and uncommon ideas and plans, says Abu Saada

International marketing consultant Karim Abu Saada stressed the importance of developing marketing plans in Egyptian market, in line with the state’s plans to advance Egyptian economy in all its sectors, especially real estate sector, which is currently at the forefront of economic scene and accounts for a large proportion of national economic growth rates.

Abu Saada said that the Egyptian market is in need for innovative and non-traditional ideas and plans away from current prevailing patterns that depend on huge financial budgets and do not achieve the required results.

Abu Saada has more than 24 years of local and international experience in marketing sector, during which he moved in a number of major economic institutions. Abu Saada returned to Cairo after entering into successful experiences in France, Greece and Saudi Arabia.

Abu Saada pointed out that real estate sector has very promising investment opportunities, and it is the most active and growing compared to other sectors, especially in the light of the state’s plans for increasing urban development across the country. Furthermore, local real estate sector directly reflected on popularity of many other sectors, as it is linked to about 100 other industries, crafts and professions.

He highlighted that the New Administrative Capital market is witnessing an unprecedented thriving investment due to construction boom that the New Capital is experiencing in preparation for its opening in the near future, expected that the city would attract more Arab and foreign investments after its opening.

He further criticized some developers to launch unplanned and random marketing and promotional campaigns, which despite their high financial cost and rely on “banging”, do not achieve real results. Additionally, the target or the return on investment is considered only as much as the show on a temporary basis. Consequently, these campaigns do not create a brand and their impact is weak and do not last long.

Abu Saada revealed details of his successful experiences, confirmed that since his return to Cairo, he has been working as a marketing consultant in local real estate market and abroad. He is the first Egyptian to launch an advertisement for product of drainage and feeding pipes for a German company, as well as, the first to organize an advertising campaign in the Arab world for online sites, and the first to introduce natural products such as honey and herbs to pharmacies in Egypt.
“I believes in the integration of marketing campaigns and that they are not limited to advertisements only, but that there are many goals for marketing management other than advertisements, despite the fact that most marketers rely on advertising only, but this is not enough,” he elaborated.”  I use guerilla marketing, which is a method based on ideas and not large financial budgets, and achieves a very high return and promotes branding in general.”